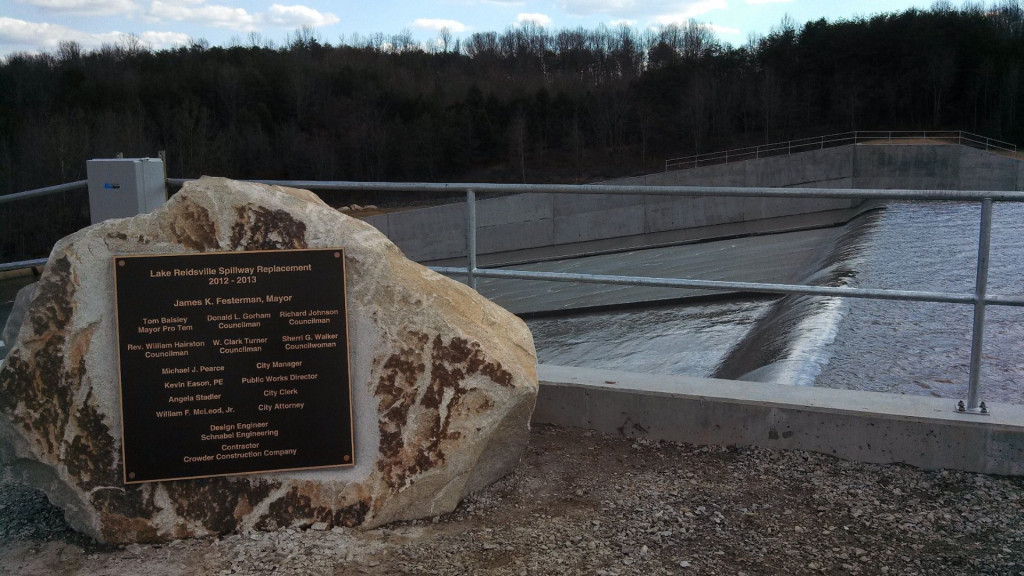 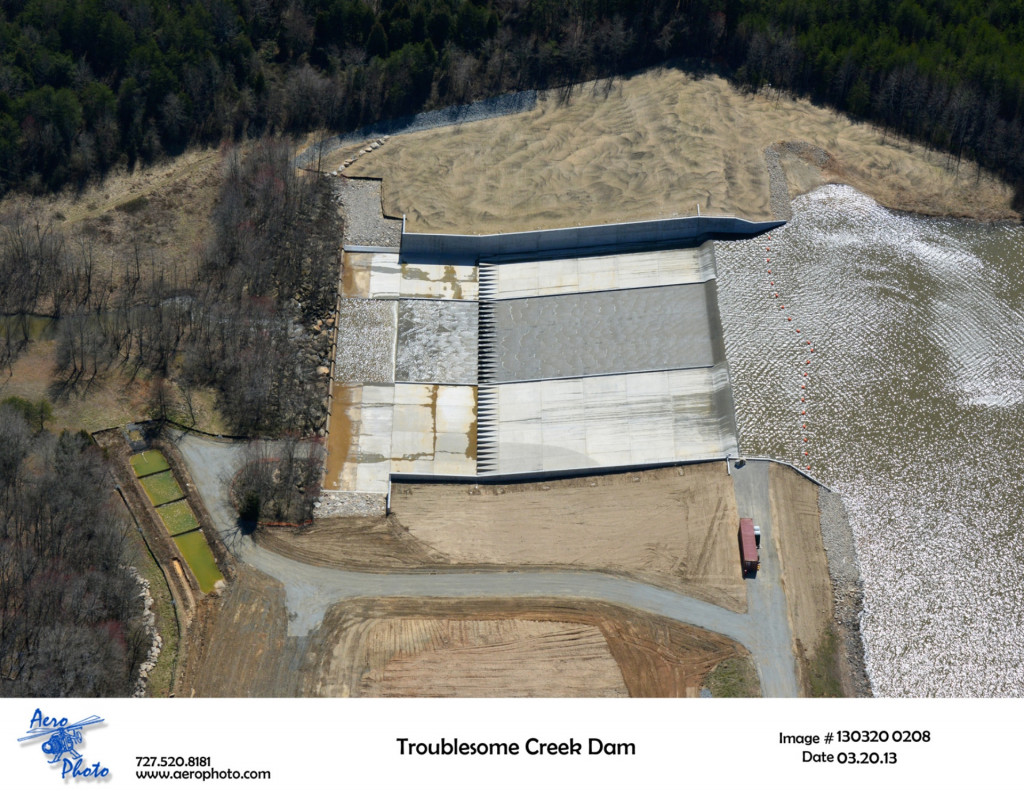 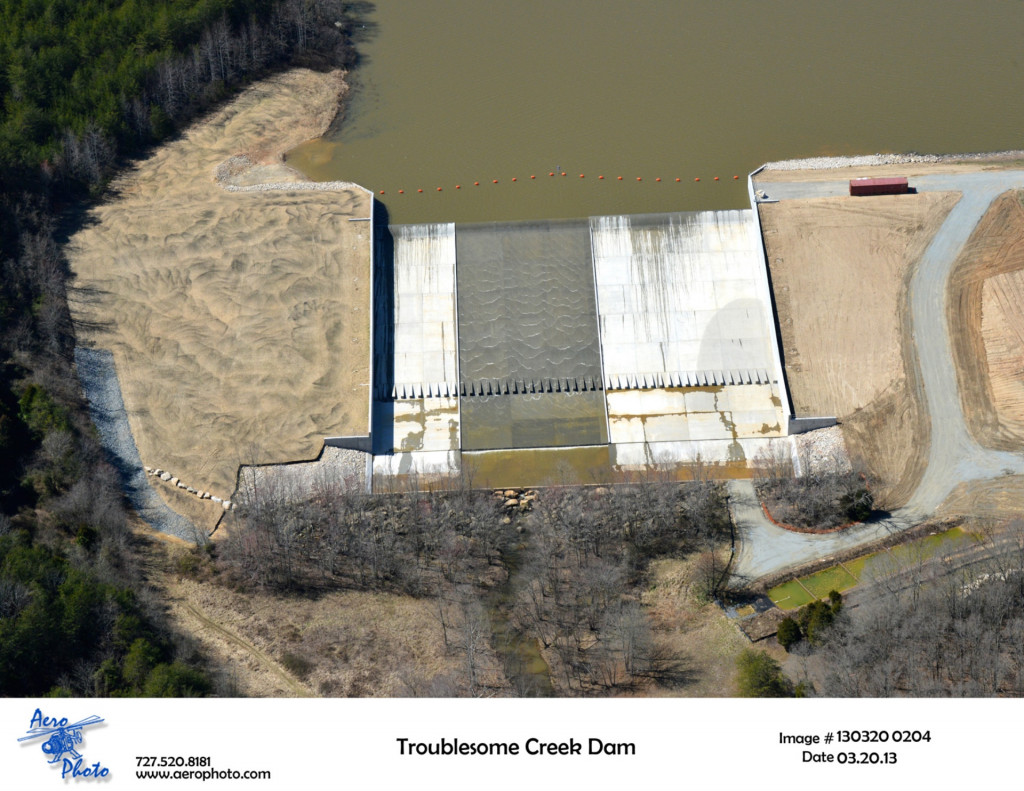 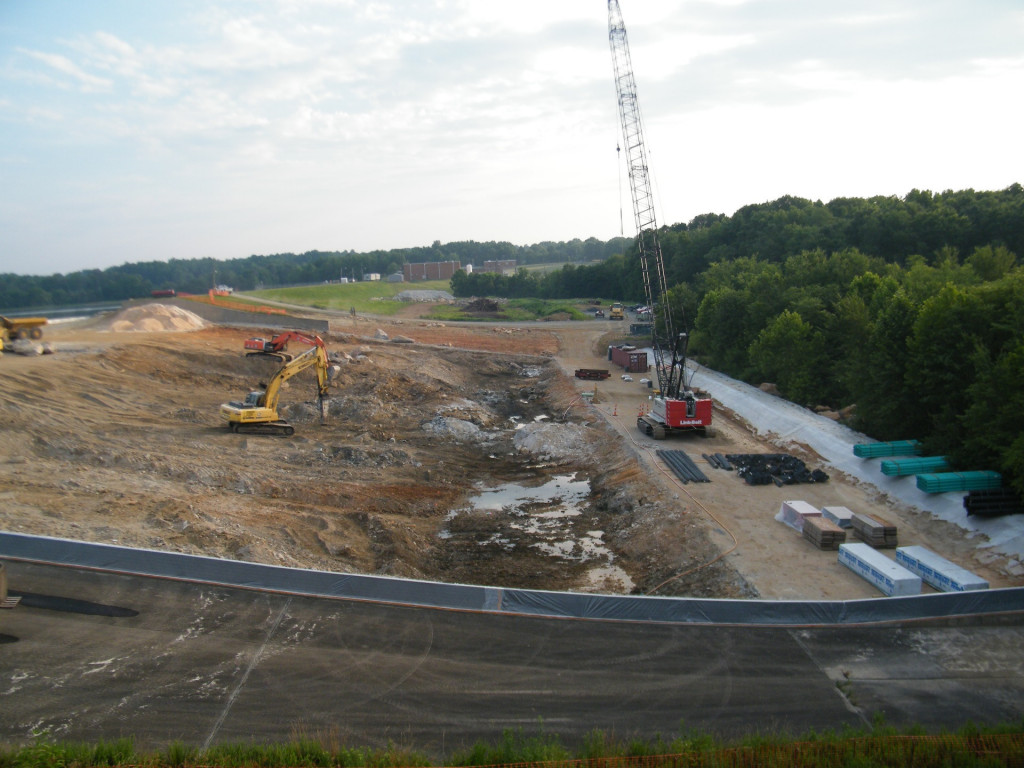 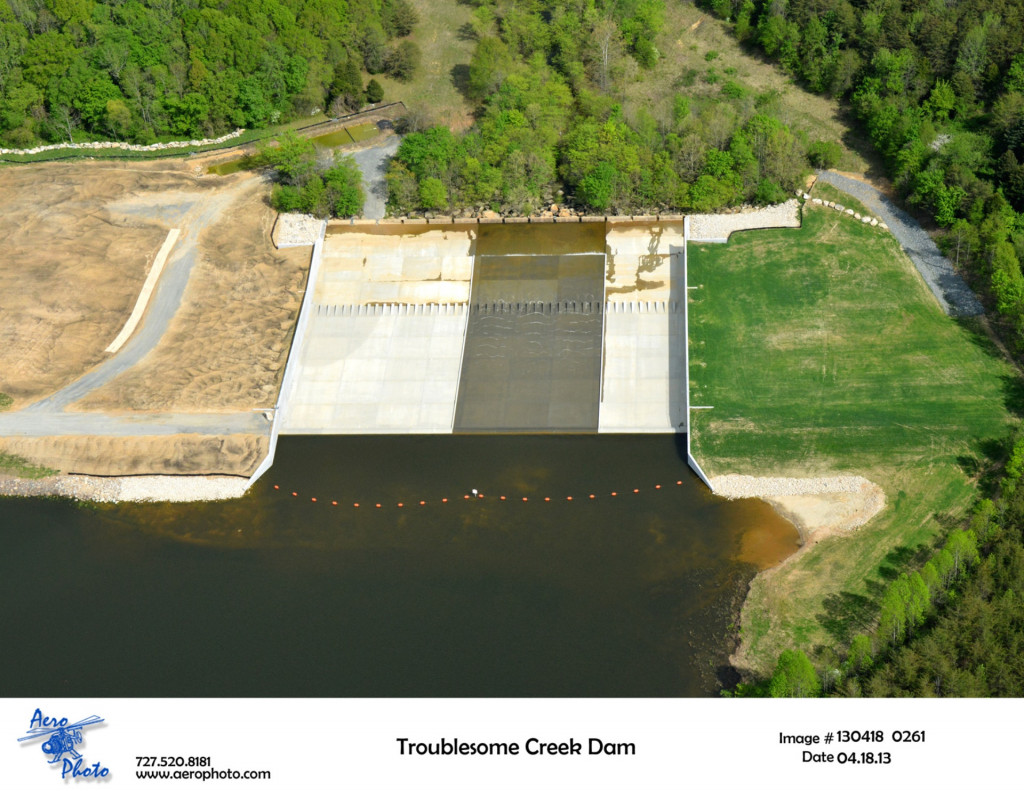 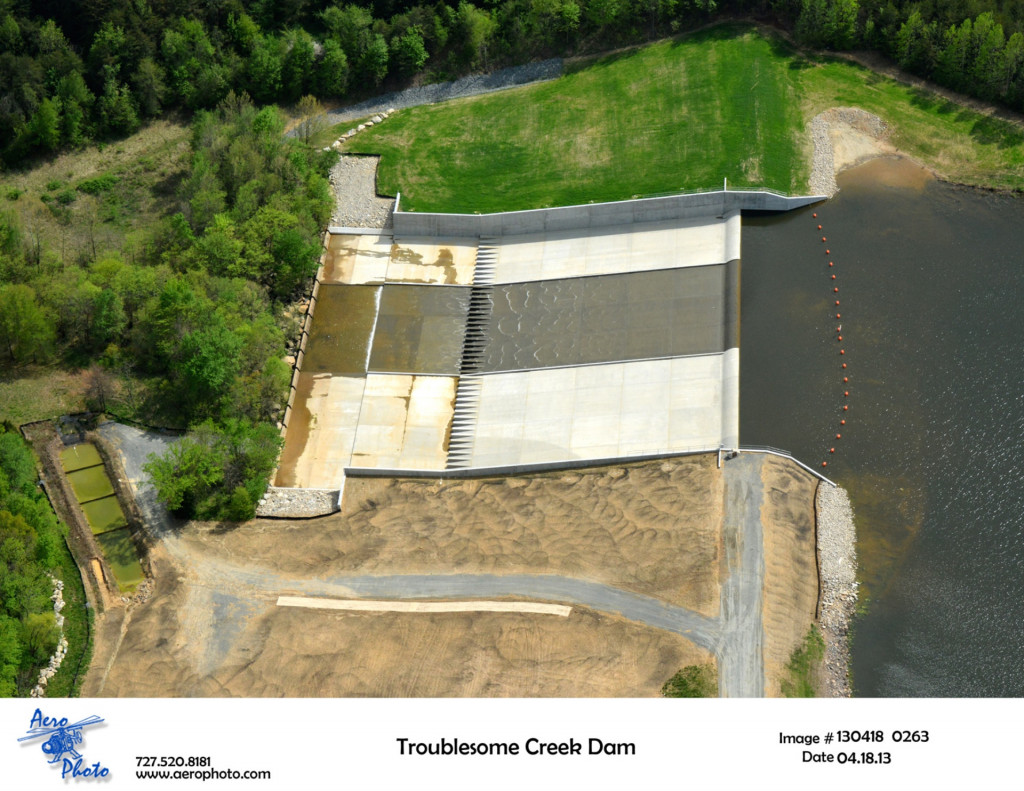 In March 2012, Crowder was awarded the $3.6 million dam repair project by the City of Reidsville. The Troublesome Creek Dam and spillway is an existing earthen dam and cast-in-place concrete spillway. The purpose of the project was to replace the failing spillway, modify the dam and install a new drainage system under the spillway. The existing dam creates Lake Reidsville, which is located in Reidsville, NC.

Part of the project was to also modify the existing intake structure for the water treatment plant. A new coated steel flume was installed at the base of the intake under water to allow a lower gate to draft water from a higher elevation. The existing cast-in-place spillway was partially demolished and processed for use as rip-rap at the end of the project. Once the spillway was removed, several feet of the earthen dam embankment were removed to install a new under-drain system, with filter sand, coarse aggregate and perforated pipe. Concurrent with the under-drain system installation, a new cast-in-place spillway is constructed. The new spillway is several feet lower than the existing spillway and has eighteen feet tall training walls constructed along both sides. The Entire project was constructed in less than one year.