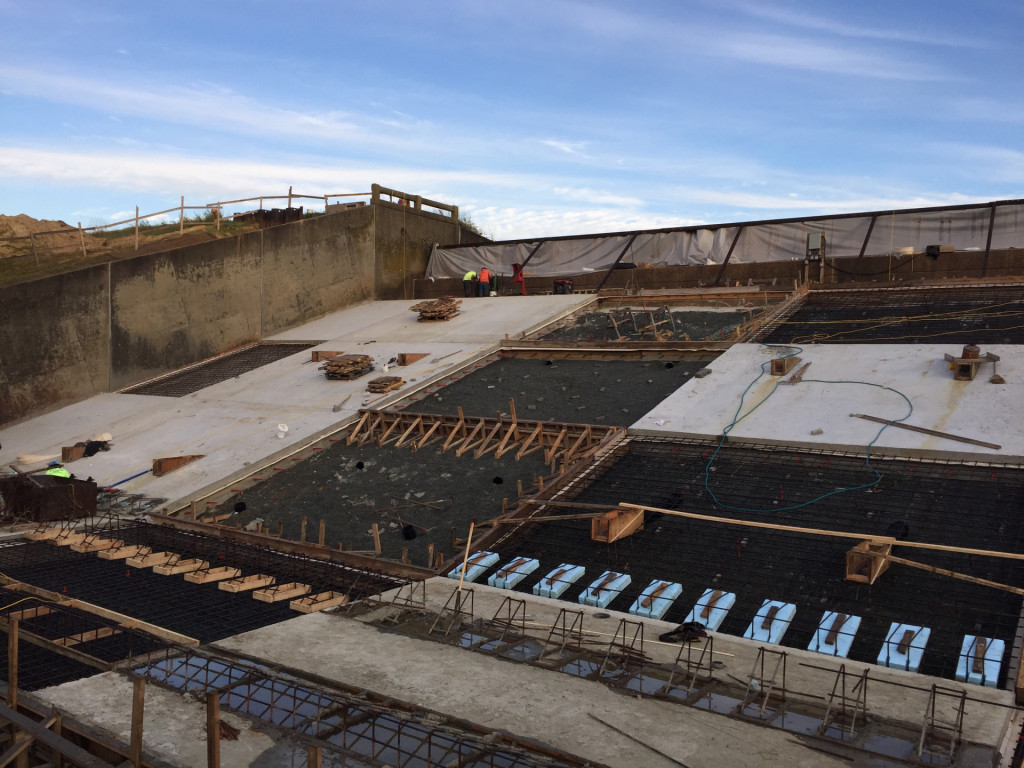 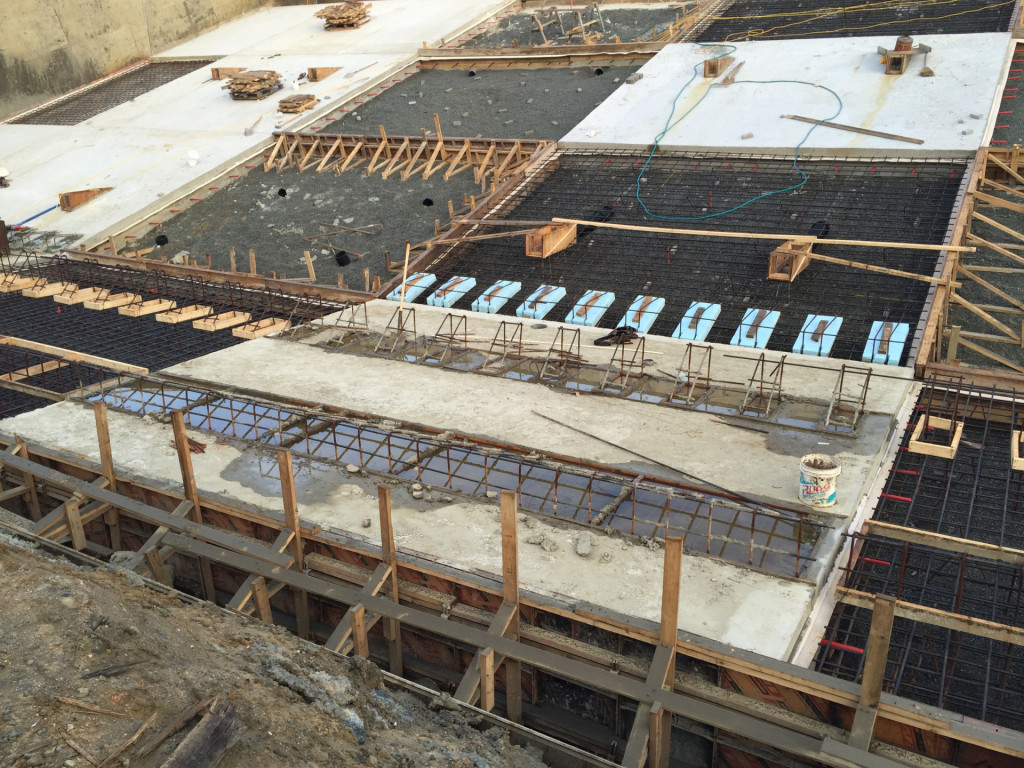 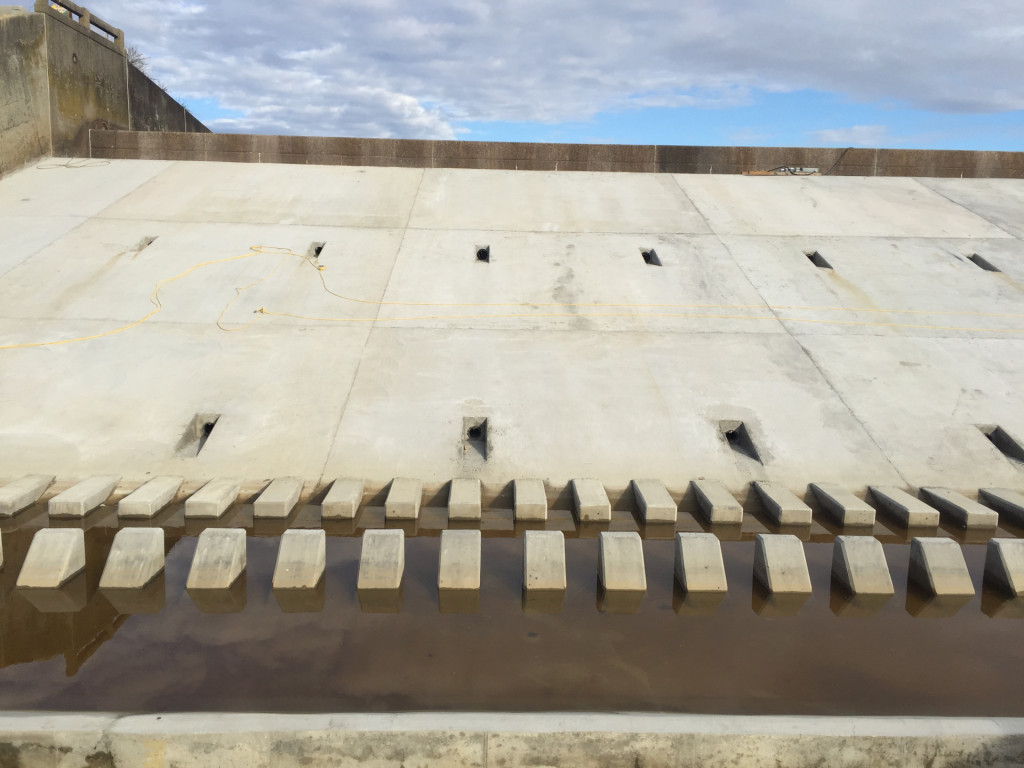 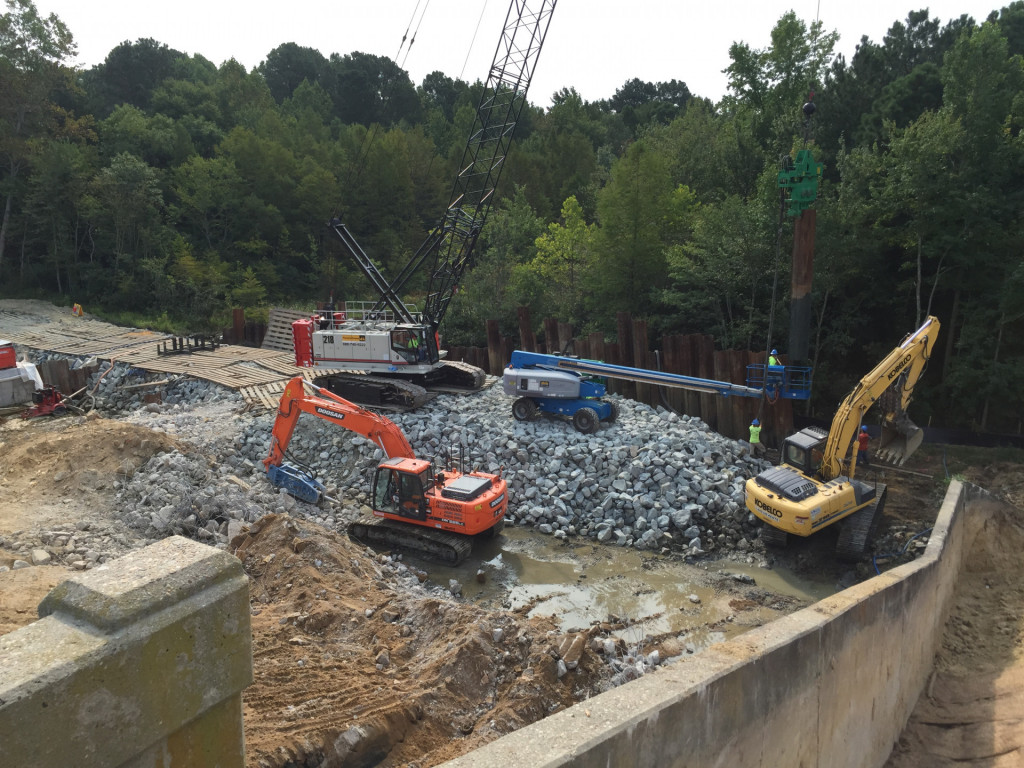 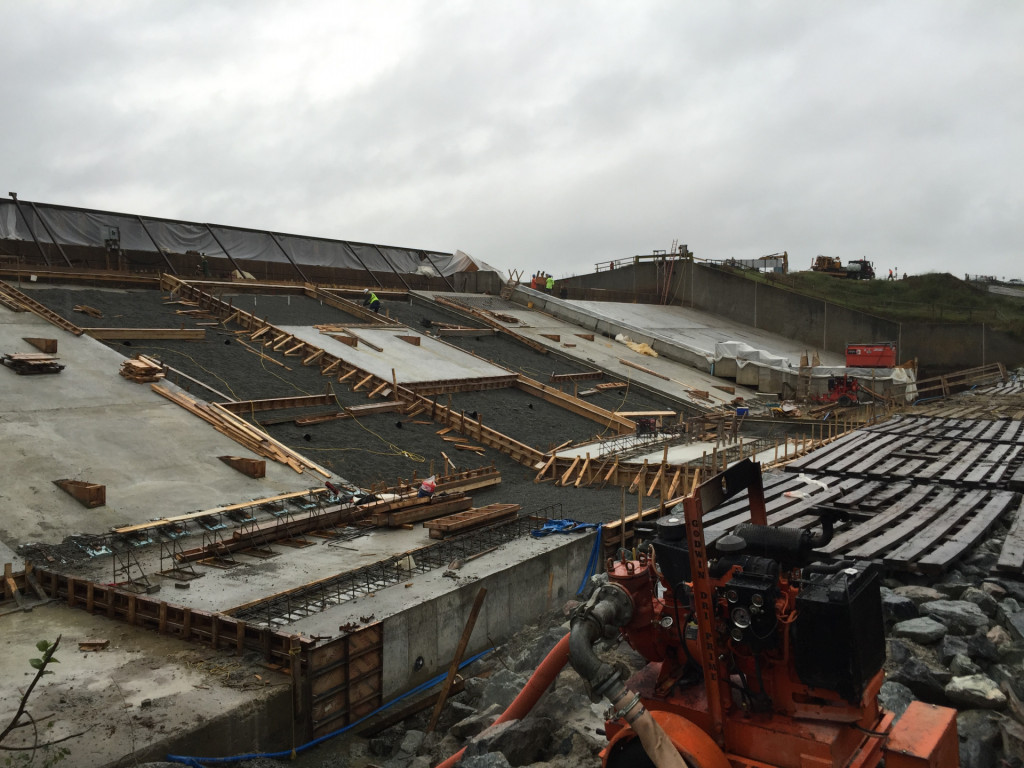 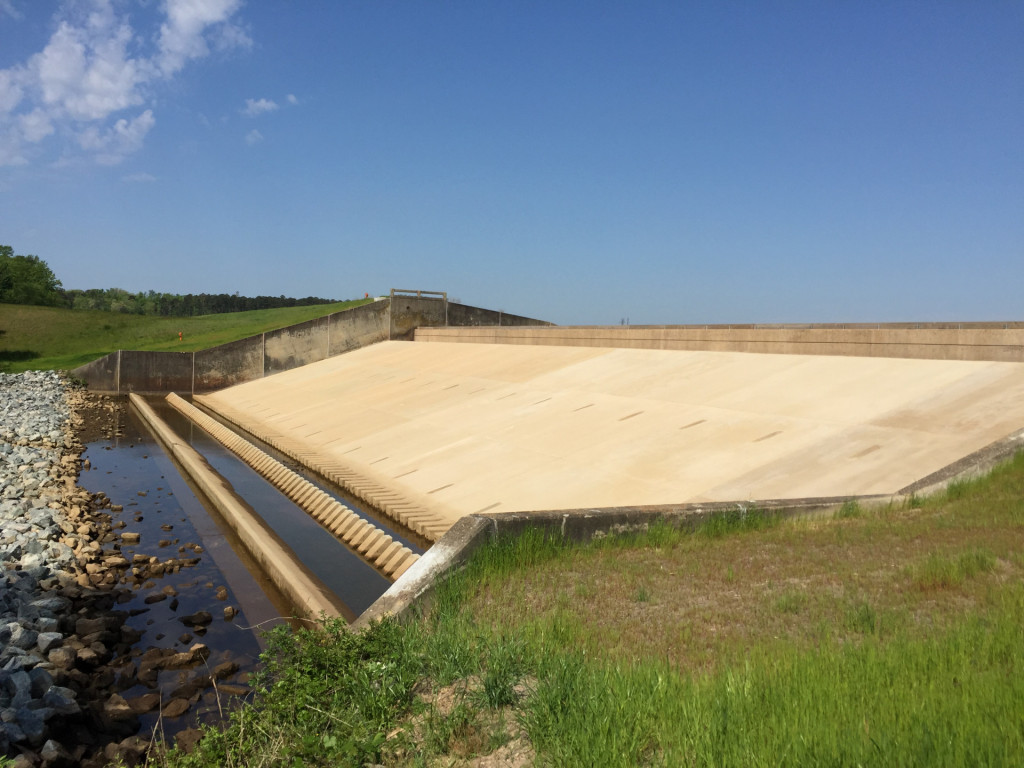 This $3.7 million high hazard dam project, designed by Gannett Fleming, was in New Kent County, Virginia where the Diascund Reservoir serves as a 1,110-acre water supply for the City of Newport News. The 250-ft wide principal spillway for the reservoir’s dam needed major reconstruction from the crest down the 80-ft long concrete chute & stilling basin. The City of Newport News first lowered the reservoir level to eliminate flow over the spillway while Crowder installed dewatering well-points to eliminate underground intrusion.

This contract also included removal and replacement of two existing 48" x 72" sluice gates at the reservoir’s pump station. The gates could only be accessed on the downstream side of the Pump Station through the 150' long, 10' wide, and 8' high concrete Diversion Outlet that is typically underwater due to tidal influences. A temporary cofferdam was installed at the end of the Diversion Outlet to prevent water from back feeding into the chamber and the upstream side of the gates were sealed to prevent uncontrolled amounts of water exiting the reservoir. A diving team installed steel plate bulkheads at both upstream openings. Crowder removed the existing gates, including the 35' long valve stems with wall brackets. Crowder completed the reinstall of the new gates, leakage testing was successful, divers returned and removed the upstream bulkheads, and the project was complete.