Crowder is dedicated to exemplifying quality, beginning with our employees - key to our continued success and growth. Meet some of Crowder's leaders. 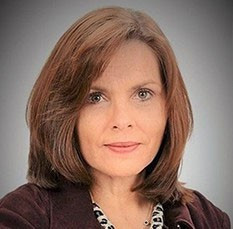 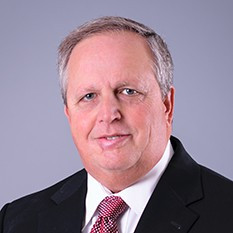 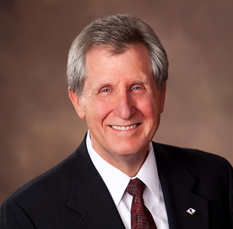 Otis Crowder
Chairman of the Board Crowder Constructors Inc 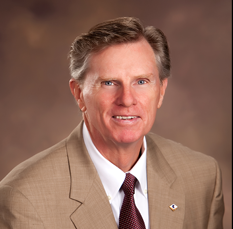 Bill Crowder
Vice Chairman of the Board Crowder Constructors Inc 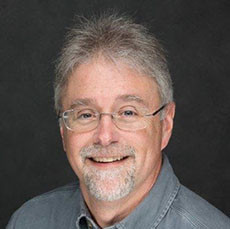 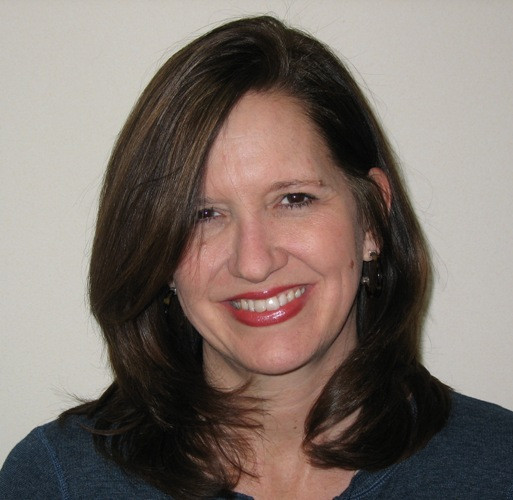 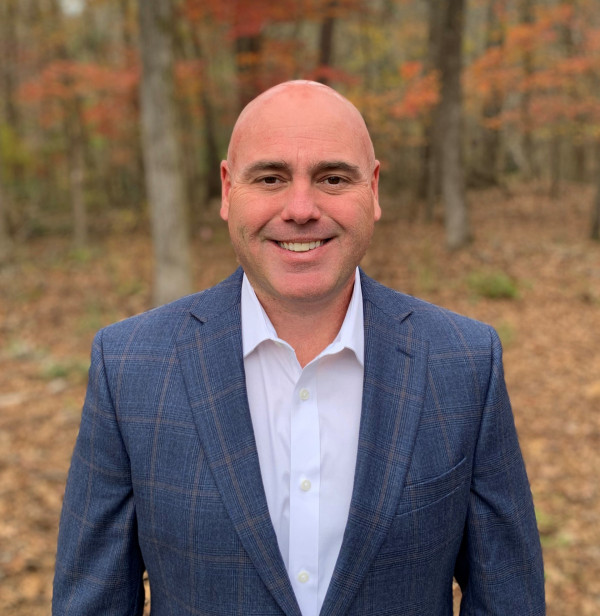 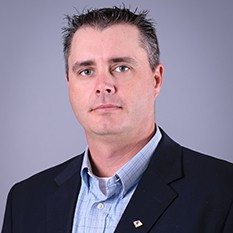 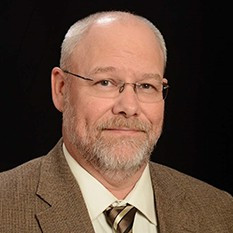 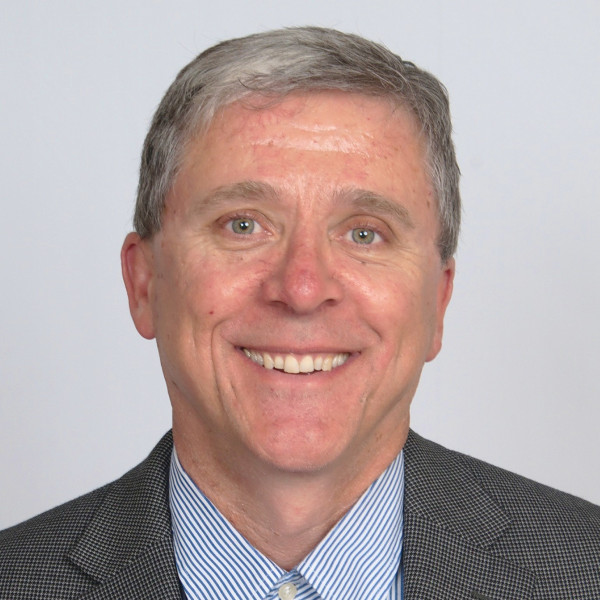 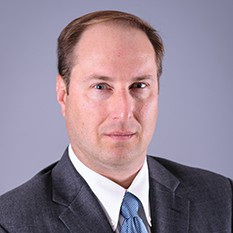 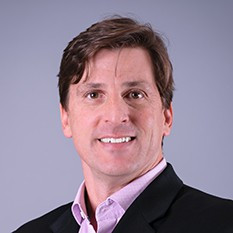 Lynn Hansen became Chief Executive Officer of Crowder Constructors Inc. in June 2019, previously serving as the President and Chief Financial Officer of Crowder. Lynn began her career with Crowder, as the Vice President of Finance and Administration in 1999. Lynn has also been actively involved in operations by serving as the Division Manager of Crowder Heavy Civil along with her role as CFO. Lynn has a wealth of knowledge in strategic planning, risk management and finance. Her leadership has been integral to the growth and success of Crowder over the last two decades.

Lynn is a graduate of the University of North Carolina with a Bachelor of Science in Accounting. She is a Certified Public Accountant and is active and holds leadership positions in several professional and civic organizations including the Carolinas AGC, American Heart Association, the McLeod Center, and her church.

Carlos Norris is the Chief Operating Officer and President of Crowder Constructors Inc. and serves on its Board of Directors. He also serves as President of Crowder’s operating subsidiaries. Carlos began his career with Crowder in 1994 with Crowder Construction Company’s Civil & Environmental Division, serving in various leadership positions including Division Manager and President. He assumed his current role in 2015.

Carlos has extensive construction knowledge in field operations and management with over 40 years of experience in heavy civil, water/wastewater, environmental and energy projects. In this role, he has been responsible for Crowder’s significant presence in the alternate delivery market for project procurement and developed a group to address renewable energy projects to answer client needs. These efforts have led to Crowder being a recognized leader in alternate delivery and renewable energy projects.

Carlos has been influential both on the local and national levels through leadership positions in the Association of General Contractors, American Waterworks Association, and the Water Environment Federation.

Otis Crowder
Chairman of the Board Crowder Constructors Inc

Otis is a graduate of North Carolina State University with a BS in Civil Engineering. He currently serves on the Board of Directors for Charlotte Habitat for Humanity, Community Link and North Charlotte Rotary. Otis has served on many industry, professional and community organizations throughout his career.

Bill Crowder
Vice Chairman of the Board Crowder Constructors Inc

W.T. Crowder Jr. (Bill) currently serves as Vice Chairman of the Board of Directors and Executive Vice President of Crowder Constructors Inc. Bill joined Crowder in 1969 and has held various positions from foreman to Chief Operating Officer.

Bill’s operational experience on complex infrastructure projects throughout the Southeast has earned him a reputation as an innovative problem solver, and he is often called upon by Crowder’s engineer partners and clients to share his knowledge and extensive experience in the industry.

Bill has a Bachelor’s degree in Civil Engineering from UNC Charlotte and an Associate’s degree from Wingate University. Bill is more than an active member of our communities. He has been honored time and time again for his industry and community work. Bill currently serves as a Trustee for Wingate University, a board member at The Memory Center, a long-time and continuing Board member of Alexander Children’s Network, and an Elder in his church.

Karl Francis joined Crowder in 1985 as Chief Accountant after working in public accounting. Prior to being named CFO in 2020, he held several positions at Crowder gaining extensive financial and operational experience by working closely with its operational groups. As Corporate Secretary, he is also heavily involved in the corporate governance function.

Karl is a graduate of Western Michigan University with a Bachelor of Science in Accounting. He is a Certified Public Accountant and a member of the AICPA and NCACPA. He enjoys family time as well as playing ice hockey and squash.

Claudia Dodgen is the Vice President of Employee Services and People Development and  has been with Crowder since June 2000. Her oversight ranges from HR and Benefits to Crowder YOUniversity, an integrated learning and coaching track for all Crowder employees. Claudia uses her expertise focusing on Crowder’s Leader Development. Prior to joining Crowder, Claudia worked with Provant, a performance management consulting organization, and was a Co-Owner and Principal with LeadFirst & Associates, Inc, a leadership development, and change management firm.

Claudia is a Senior Professional in Human Resources (SPHR) and has been actively involved in advocating issues ranging from healthcare reform to employment law legislation to immigration. In 2012, she was awarded with the CAGC award for Outstanding Committee Chair as well as the Presidential Babcock Award for HR Excellence from the Charlotte-based Employers Association. Claudia has had leadership roles in several industry and community organizations. She currently serves as a Trustee for the Carolinas AGC Foundation, as a founding Board member of the NC Business Group on Health, and past Chair of The Learning Collaborative.

Joseph Daniel Barbee (Jody) joined Crowder in October of 2000 after working several years in the insurance industry. Jody began his career at Crowder in the Safety and Risk Management group before being named VP Risk Management in 2012.

Jody has a wealth of experience in occupational safety, litigation management, labor relations and environmental compliance. He and his team have led the effort to transform Crowder’s safety culture to a nationally award-winning program.

Jody is a graduate of Western Carolina University with a Bachelor of Science in Criminal Justice. He also holds professional designations of Associate in Risk Management and Professional in Human Resources. He spends his free time coaching Little League baseball, playing golf and spending time outdoors.

B.J. Christman serves as Vice President and Division Manager for Crowder Construction Company’s Civil & Environmental Division. Since joining Crowder in 1999, B.J. has spent the past 19 years in key roles including project manager, regional operations manager, and preconstruction manager overseeing estimating and business development. During that time, he has experienced the challenges and has been part of the solutions to the changing infrastructure needs and the shift to collaborative procurement to deliver public projects. His leadership and project delivery methods have led to Crowder being a recognized leader in collaborative delivery in the water and wastewater markets in the Southeast.

B.J graduated from the University of Akron with a degree in Civil Engineering. He is a DBIA certified professional.

George is a Professional Engineer and is a graduate of North Carolina State University with a BS in Civil Engineering. George serves on several committees of the Carolinas AGC. George spends his free time fishing and hunting.

Mike joined Crowder Construction Company in 1997 as a project manager. In 2002 Mike opened Crowder's office in Georgia. Mike was the Regional Manager of this office from 2002 until March 2016. During this time, Mike oversaw over $400MM in electrical, civil, and mechanical work in Georgia, Alabama, and South Carolina. In April 2016 Mike joined Crowder Industrial Construction in Spartanburg, SC where he currently serves as Executive Vice President/Division Manager. Mike is responsible for annual revenue of $100MM+ and oversees Crowder's 400+ personnel out of Spartanburg that focus on power plant and heavy industrial construction in the Southeast. Our Industrial team has the capability to self-perform all civil, mechanical, and electrical work on projects and has completed projects up to $105MM in size. Mike spent the early part of his career in heavy civil construction on project sites coordinating all aspects of the work.

Mike earned his bachelor’s degree in Mechanical Engineering from Georgia Tech. Mike is a registered Professional Engineer in GA, SC, and NC.

Chad joined Crowder in 1999 and has served in several roles in the organization, many of which have centered around the development and construction of alternative procurement projects with a specific focus on water and wastewater treatment as well as the energy market. As Vice President of Crowder’s Energy Services, he is responsible for project development, design phase technical oversight and management, and contract negotiations and execution. Chad leads Crowder’s pre-construction services efforts on nearly all alternative procurement projects. Through his 22 years of experience in construction, management, and estimating, he has developed unique skills, including an understanding of design and construction processes and constructability issues.

Chad Graduated from North Carolina State University with a degree in Civil Engineering, Construction Option; and a Minor in Business Management.

Greg has over 30 years of experience in the construction industry. He joined Crowder in 1999 and led the development and growth of Crowder’s electrical department. Greg is currently responsible for oversight of the Energy Services group including business and project development, technical oversight, and project support during construction. Greg has developed his career through focusing on the electrical, instrumentation and equipment design and construction aspects of water, wastewater, and energy construction. He has substantial knowledge and experience in mechanical and electrical systems as well as emerging energy markets.

Greg received his bachelor’s degree in Mechanical Engineering from the University of Florida. He is a licensed General, Electrical and Mechanical Contractor in several states in the southeast. Greg holds his professional registration as an Engineer in both North Carolina and Florida. Greg has provided executive and design oversight for Crowder’s Solar Portfolio.