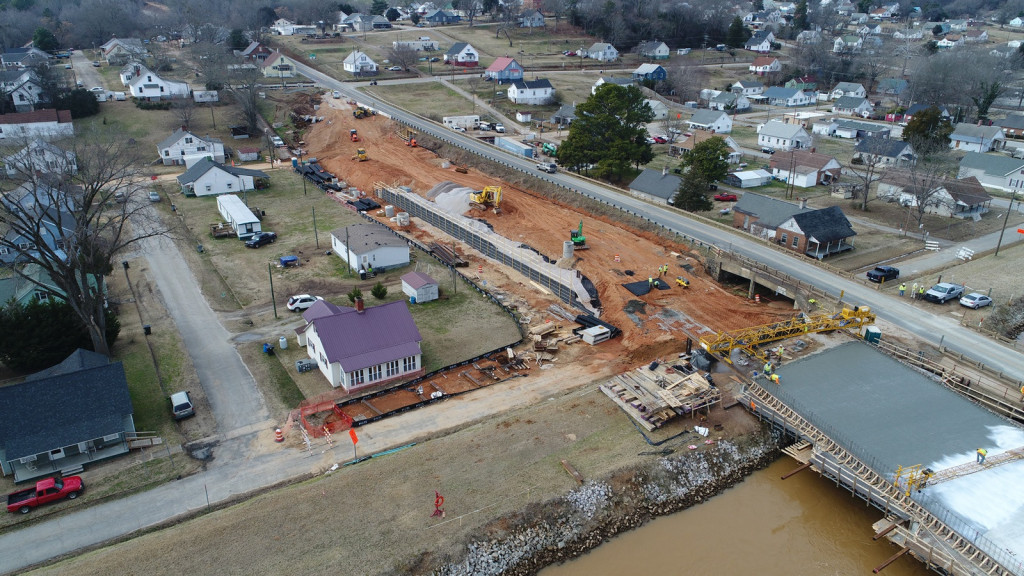 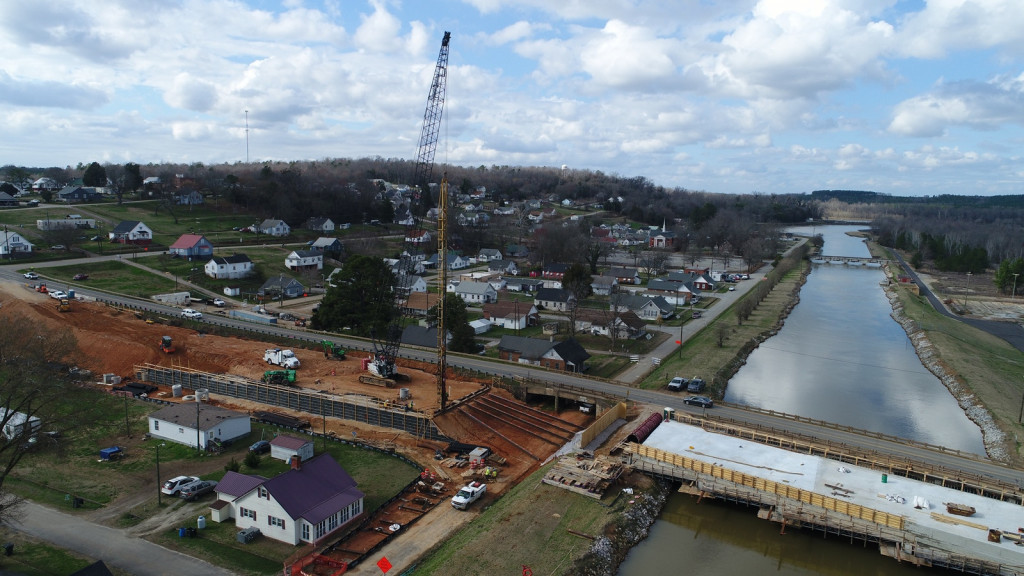 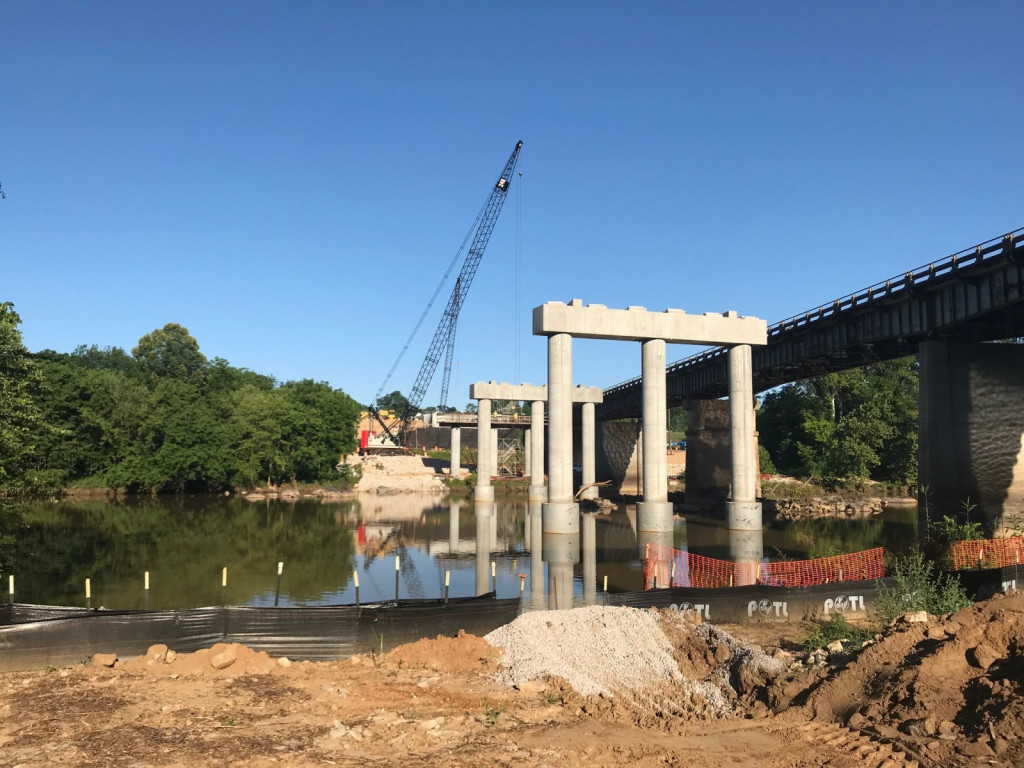 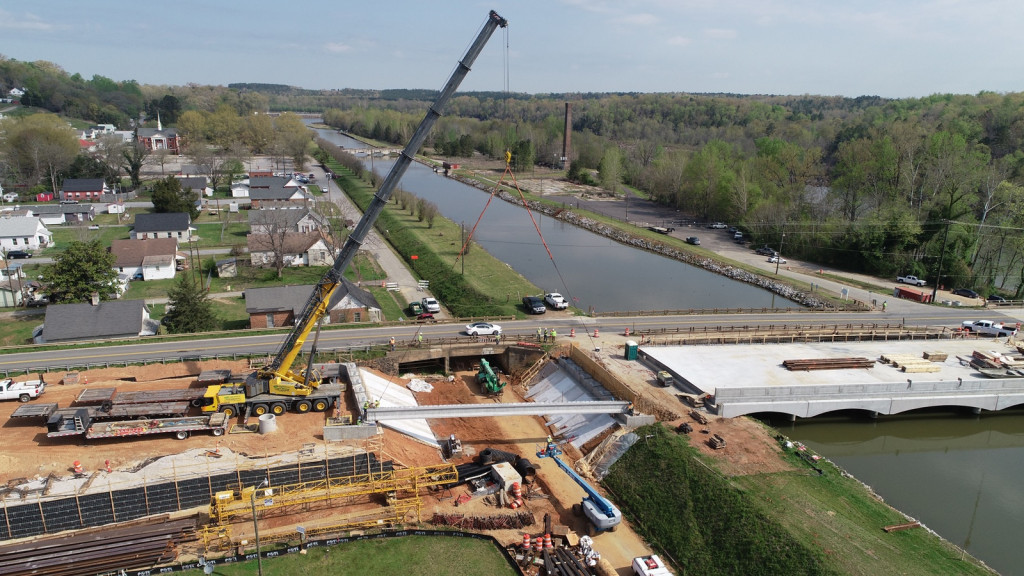 The South Carolina Department of Transportation awarded Crowder a $21,682,415 project in Lockhart, SC. This project consisted of replacing four bridges; the larger of bridges is the 700’ long SC 9/49 bridge over the Broad River. The second is a bridge over the Lockhart Canal, which Lockhart Power uses to make power for small portion of the state, and the last two bridges are over local Town of Lockhart roads. The Broad River bridge which was built in 1947, has had structural issues for the past few years and was closed for emergency repairs in 2017. Bridge foundations were 90" diameter drilled shafts that required personnel access into the shafts and reinforcing cages for installation and inspections.

Daily pre-task plans addressed the hazards of confined space operations along with working from heights. This bridge was a challenge due to the river access, large drilled shafts and 120,000# girders set out over the middle of the river. The Lockhart Canal bridge which was built in 1931, also had it’s challenges as it is designed to resemble the old bridge and is being built integral with the canal banks so the Federal Energy Regulatory Commission (FERC) has been heavily involved. As for the roadway, it includes substantial temporary traffic shifts, two large MSE walls, and large temporary shoring walls; in total this is a three-year project.